Take a drive to Broken Hill so Patty can see the contrast of scenery. A relatively easy 516km one way trip that takes about 5.5 hours of driving. 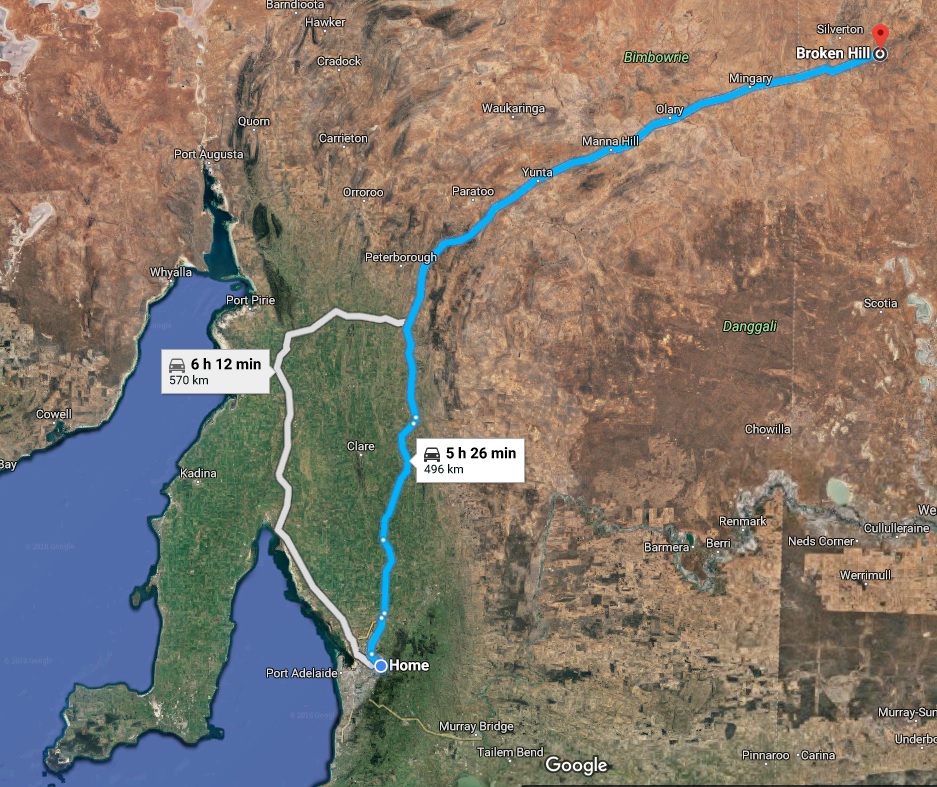 A quick stop for a selfie to post to Facebook then onto Broken Hill which is another 47 km (29 miles). 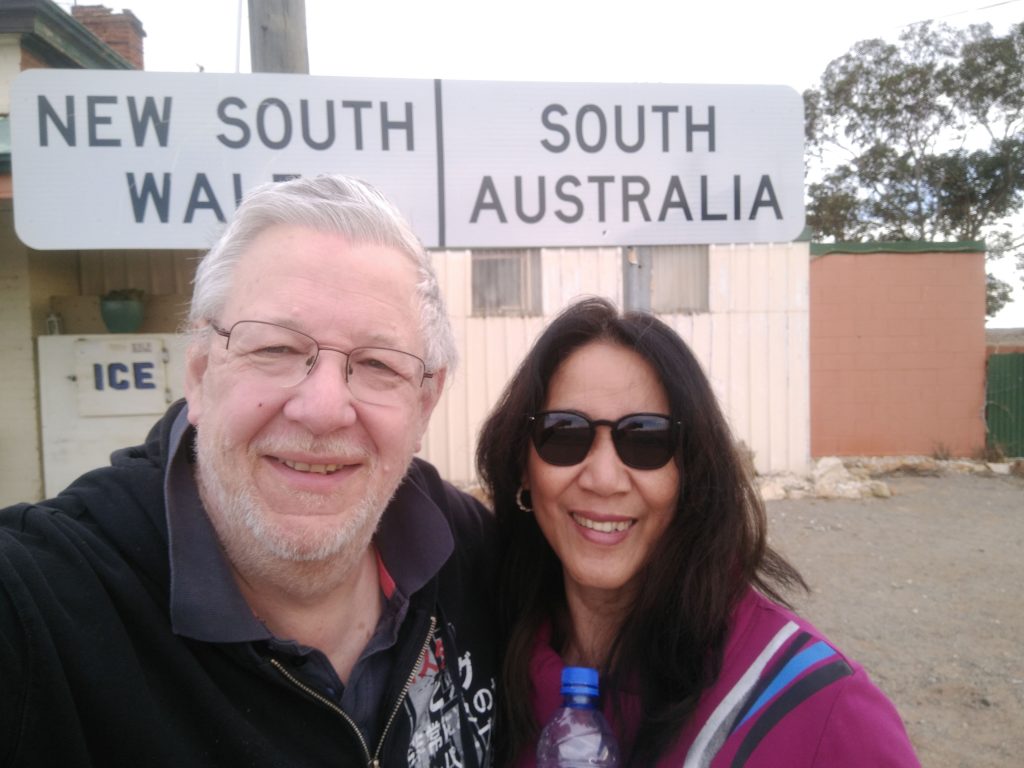 Small town called Cockburn on the Barrier Highway is the border between South Australia and New South Wales. It has a small cafe spanning both states.

Fuel and other services on Australian outback roads

The distances are very significant between houses let alone towns with services. When you come across a fuel station, you should consider half a tank as empty. It is not unusual for the next fuel station to be 200 km (125 miles) or more away.

A handy tool on the internet is Petrol Spy which also has an app for android and probably IOS too.

Interestingly, diesel was cheapest at a self service depot in Tarlee, SA about 88km north of Adelaide leaving 427km to Broken Hill. 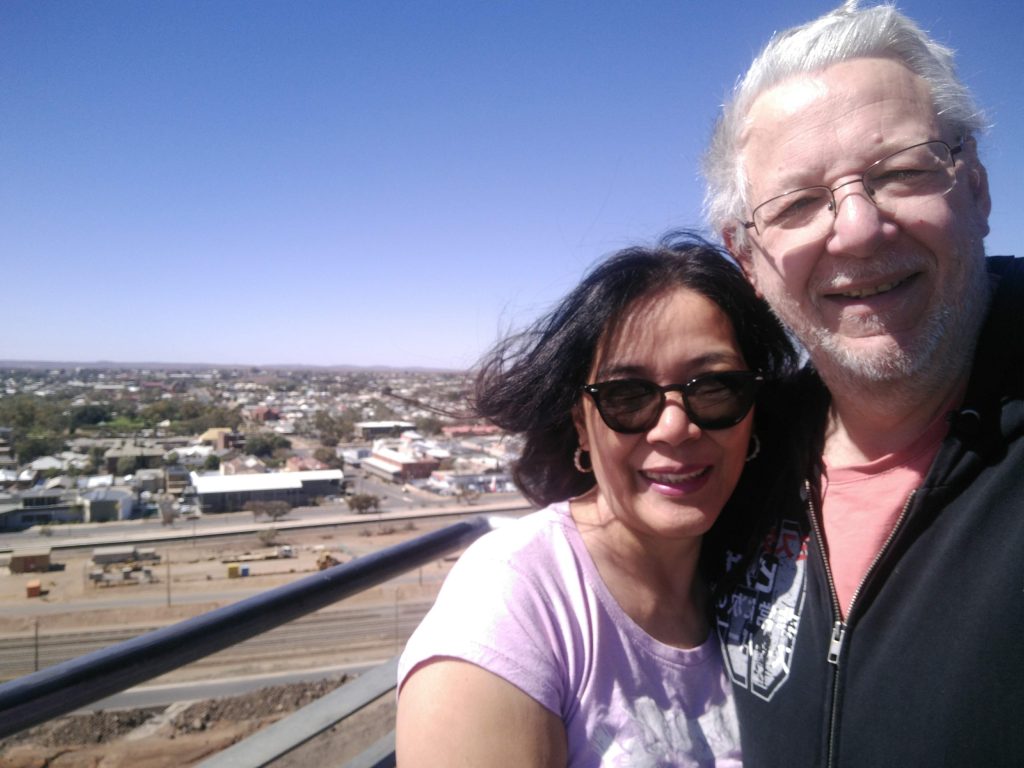 Had a look at the main mining site in Broken Hill.

The town has a long history of water shortage because of it’s location. The current method is a 270km pipleline from Wentworth on the Murray River which is south of Broken Hill that delivers 37.4 megalitres (9.9million US gals) per day of water.

As far as the eye can see, it’s dry landscape is typical of much of Australia. Very long, often more than 100km between houses just kangaroo’s, goats, black crows, the occasional eagle, and emus. 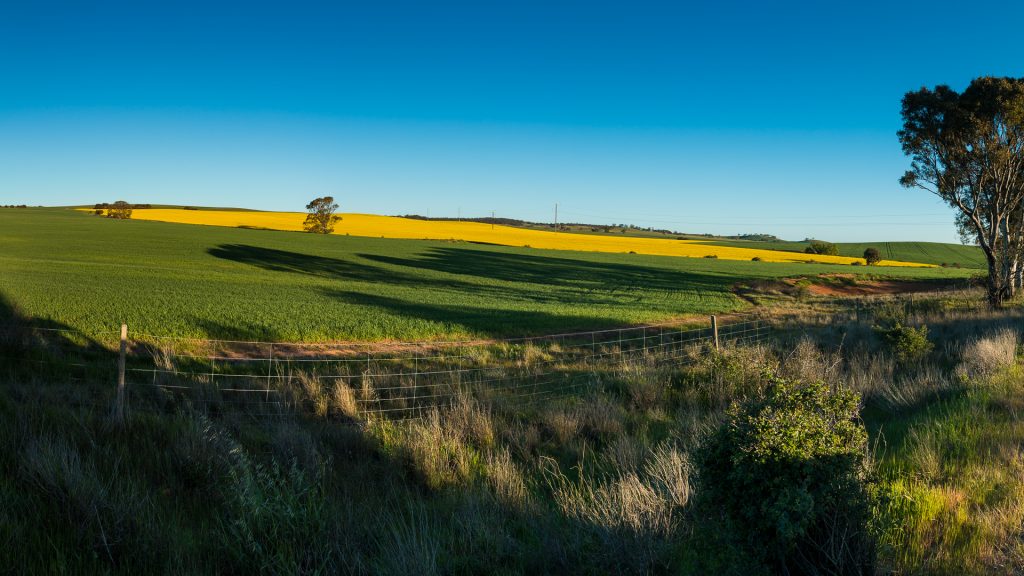 Canola field on the Barrier Highway near Burra in SA